Pac Bo is located in Truong Ha Commune, Ha Quang District, Cao Bang province. Lying along the Vietnam-China border, about 40 km far from Cao Bang town. In the local dialect, Pac Bo means “starting point of a river”, this place, indeed, was the “starting point” of the Vietnamese revolution.

Pac Bo was closely associated with a particularly important historical stage in Ho Chi Minh’s life and our revolution (1941-1945). Nguyen Ai Quoc returned to Viet Nam, setting foot in his homeland across the border landmark N0 108 on January 28, 1941, after 30 years of searching for a way to liberate his nation. Here, the 8th Meeting of the Party’s Central Committee was held from 10 th May to 19 th May, 1941 under his chairmanship. The Committee decided to set up the Viet Minh Front, make national liberation the prime target of the Vietnamese revolution. Nguyen Ai Quoc founded the “Viet Nam Doc Lap” (Independent Viet Nam) review as the Viet Minh Front’s organ, organized Pac Bo Guerrilla Group and others. 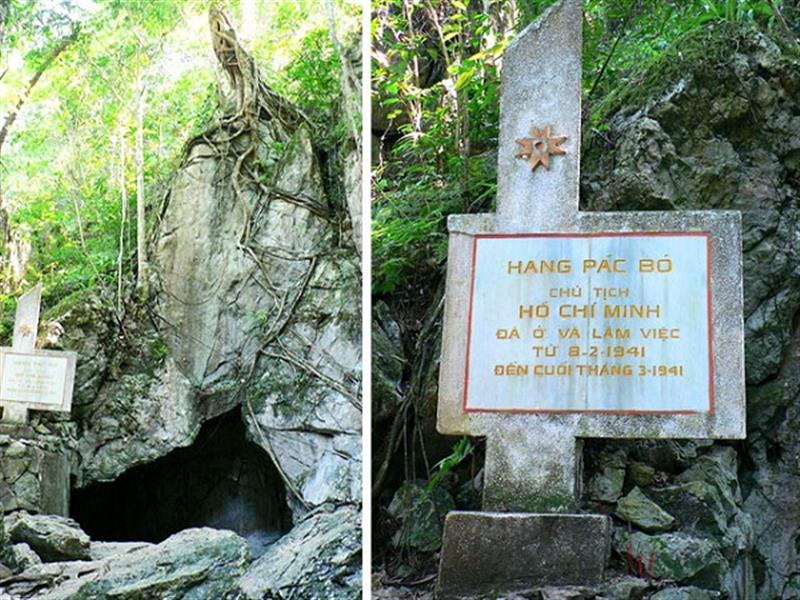 Nguyen Ai Quoc traveled many places in Pac Bo. In December, 1944, at Na Sac, he gave the order to set up the Viet Nam Tuyen Truyen Giai Phong Quan (Propaganda Brigade for the Liberation of Viet Nam), that was the forerunner of the present Vietnamese People’s Army.

The Pac Bo site was officially recognized by the State on February 21, 1975 as a national vestige of particular significance.

Open days: All days of the week (except Monday)