A cherry blossom festival will return to Tuyen Lam Lake in Da Lat city of the Central Highlands province of Lam Dong from January 26-28. 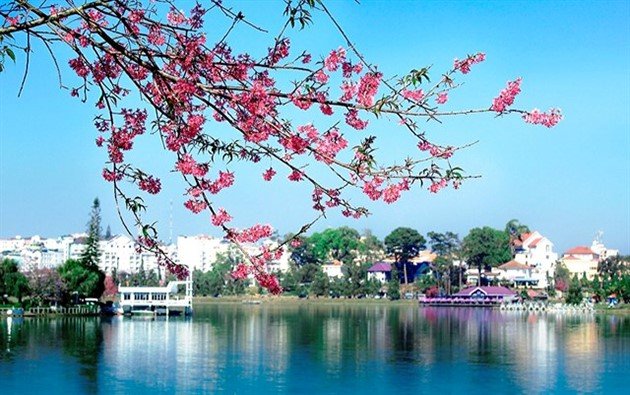 A ceremony will be held at Sacom Resort on the peninsula of the Tuyen Lam Lake at 8:30 am on January 27 to kick off the festival and to announce the recognition of Tuyen Lam National Resort and Da Lat city as ASEAN Environmentally Sustainable City.

A variety of event will take place not only at the Tuyen Lam National Resort but across the city during the three-day festival, including art performances, musical fountain shows, a golf tournament, a Gong music night and an exhibition of classic cars.

The festival aims to promote a local cherry-like apricot – Mai Anh Dao – known as the city’s floral emblem. The flower blooms in pink in the first months of the year to welcome the spring. The trees mostly grow in Da Lat city and forests in Lac Duong district.

“I have never seen cherry blossom as beautiful as this year. The flowers started to bloom at the beginning of January and in such a cool weather, they will last until early February,” said Nguyen Xuan Thanh, Director of the Tuyen Lam National Resort and head of the festival organising board.